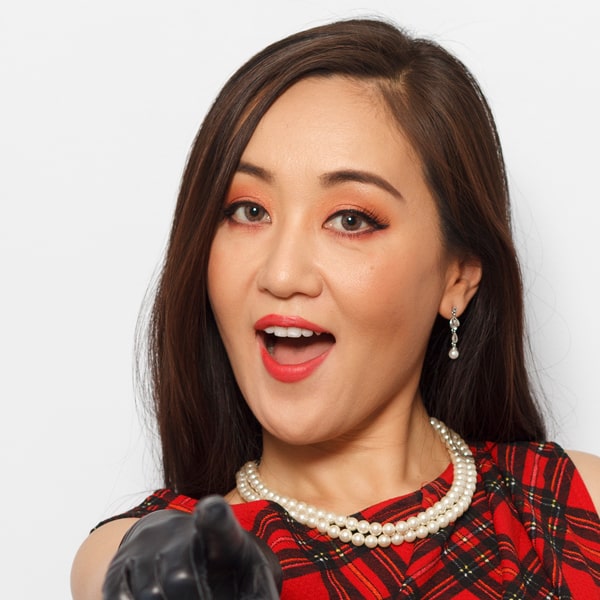 Let’s deal with the thing almost everyone wonders about right off the top: Yumi Nagashima’s accent is indeed real. For a while, the Tokyo born-and-raised comedian was told she needed to make herself sound more North American and less Japanese. This was before the 2019 release of her debut comedy album, My Name Is Yumi. And before her standup career began taking her places she’d never dreamed of, not only including the stages of Vancouver, but also New York, Los Angeles, Jakarta, Tokyo, Honolulu, London, and, um, Regina. Let’s back up a bit, though. After moving from Japan to Vancouver on Canada’s West Coast, and then teaching Japanese to English-speaking locals, Nagashima decided to take some acting classes. That was when she first learned of a small stumbling block to stardom she hadn’t considered: her unmistakable Japanese accent when she speaks English. Cue the endless auditions for not-exactly-coveted movie and TV roles as Japanese waitress, Japanese scientist, and Japanese scientist paying her Japanese exchange-student loan off by moonlighting as a Japanese waitress. She was told those were about the only parts where her Japanese-inflected English made sense.