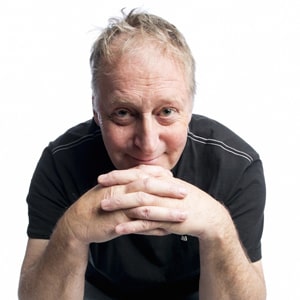 “​Terry North is regarded as one of Australia’s best imported comic hosts, he’s ability to warm an audience and get them laughing is second to none”.​ ​Comic profiles. With a comedy career that started in the early nineties, writing for TV shows like Hale and Pace, Russ Abbot and acting in many comedy plays, Terry came to Melbourne in 1996. Terry hit the Melbourne stand up comedy scene in 1999, was a raw national finalist in 2001 and went on to establish himself on the national scene. Terry has worked on the Melbourne, Sydney, Brisbane comedy circuits with the biggest names in comedy and has toured extensively throughout Australia, New Zealand and the UK. Terry is a veteran of the fringe and comedy festival circuit with sell out seasons in Perth, Adelaide and Melbourne with his own shows, Who’s Your Daddy? The Funny Side of Parenthood, Fairway To Heaven, The Golf Show. 2 Englishmen and an Aussie and All around the World, The International Show Case.