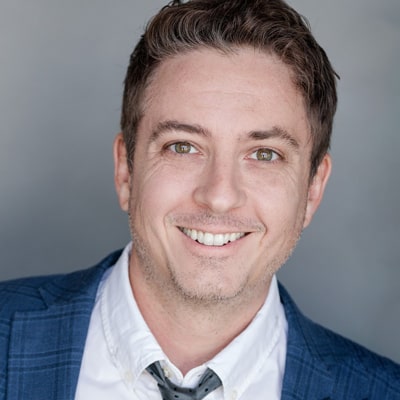 GQ magazine described him as “One of the Best comics around.”  One of the stars of the hit Netflix show Workin’ Moms. Ten appearances at Just for Laughs festival and dozens of televised appearances on CBC’s Halifax ComedyFestival, The Winnipeg Comedy Festival, Comedy Now, Live at Gotham, CBS’s The Late Late Show, and MTV’s Busted.

A successful comedic and character actor, he has made turns on SyFy’s Wynonna Earp, and CW’s The LA Complex, and starred in CTV’s Satisfaction, Hulu’s Almost Heroes, as well as FOX’s sitcom Life on a Stick. He has also had starring roles in the feature films National Lampoons Going the Distance, Disney’s Stuck in the Suburbs, Step Dogs, and the award-winning family film Finn on the Fly.

Proud father and husband, he currently lives in Los Angeles.