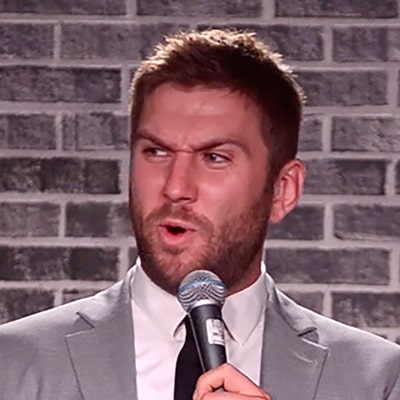 SiriusXM says “Myles Morrison is real deal hilarious.” Myles is a veteran comedian who has appeared at Just For Laughs Toronto, been featured on Amazon Prime’s stand-up series Comedy Brew, and appeared on CBC’s The Debaters. Myles is a SiriusXM Canada’s Top Comic finalist, and the Interrobang and Cottage Country Comedy Festival called Myles “One of the funniest comedians in Canada.” Myles has performed multiple times overseas for NATO soldiers, and toured with Just For Laughs “Comedy Night In Canada” Tour hosted by Rick Mercer, where Rick Mercer said, “Myles Morrison took the roof off the place.” Myles’ albums can regularly be heard on SiriusXM’s Just For Laughs Canada. His new album “You Better Be Funny” is set for release on Cottage Comedy Digital, and he currently narrates “Dirt Farmers” on City TV, now in its third season. Saskatchewan’s own Myles Morrison is a force on stage, and his clever blend of observations and storytelling makes him a sure-fire hit with any audience.