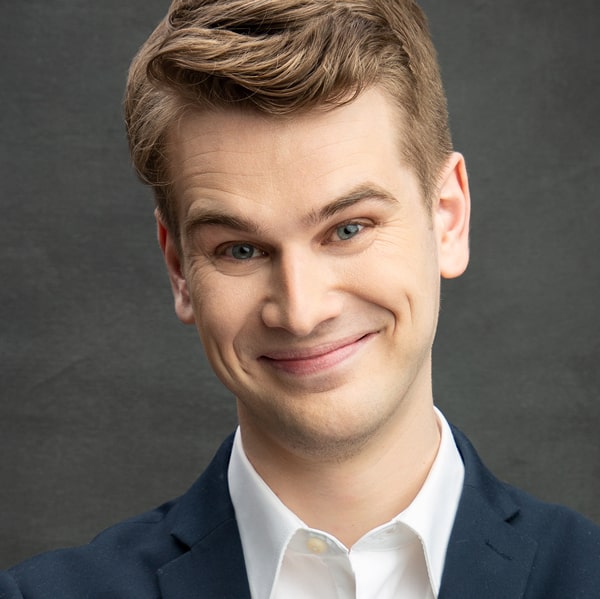 To watch Myles Anderson’s comedy is to see a man unravel and then re-ravel himself onstage. Combining traditional jokes with birdlike movements, Myles always creates a unique and hilarious performance. Myles was a finalist in the 2017 Seattle International Comedy Competition, and can be heard on Laugh Out Loud and The Debaters on CBC Radio. In July 2019, he released his debut album, Myles From Home, with 604 Records, and appeared on the compilation album JFL Northwest Best of The West 2.