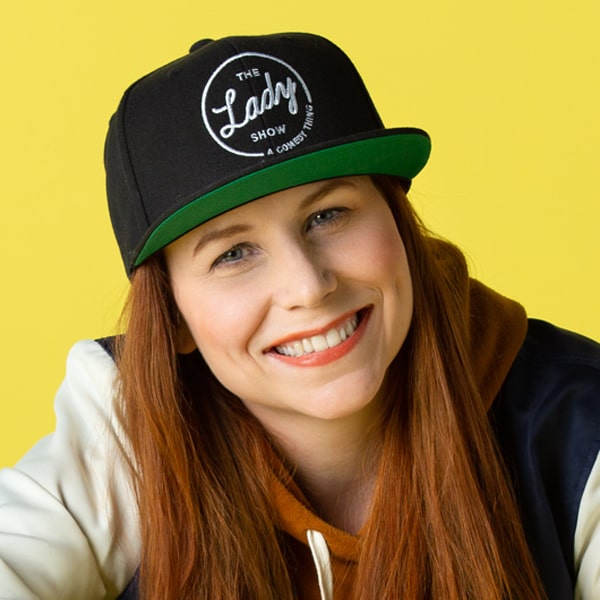 Katie-Ellen Humphries is a standup comedian, writer and sketch performer originally from Victoria, B.C. whose debut comedy album Ladyfinger charted in the top five on Apple Music (iTunes) in 2020. Whether sharing comedic confessions or disappearing into uproarious and nuanced characters, Katie-Ellen’s distinctive style and striking point-of-view resonates on the stage, page and screen. Her sensibility, that falls somewhere between the library and the locker-room, makes them a favourite of audiences across Canada and the U.S.

A founding member of The Lady Show and veteran of award-winning comedy cabaret Atomic Vaudeville, Katie-Ellen was a talk show panelist on OUT-TV for three seasons and is a regular on CBC Radio’s hit show The Debaters, where she has worked as a writer and Associate Producer.

Katie-Ellen is also a 3-time Canadian National Champion for the 5km Open Water Swim. (That’s unrelated to comedy, but it explains the shoulders.)