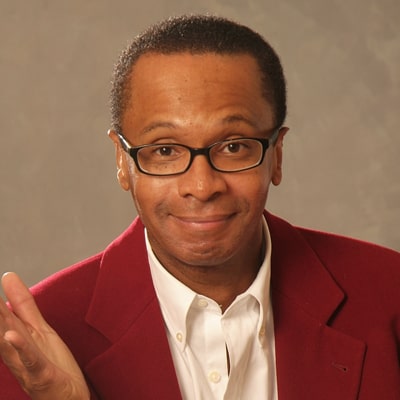 As a comedian, Evan Carter spends his time observing the world through his eyes, the eyes of a father, son and friend. His likes, dislikes and especially what confuses him provide an endless source of fascination and material.

Evan Carter’s versatility, experience and professionalism has served him well. He moves easily from television, with his own half-hour special on CBC, The Comedy Network. Plus his many radio appearances on CBC’s “The Debaters”, “Metro Morning”, “Fresh Air”, “LOL” and on SIRIUS XM.

Evan Carter is also a skilled facilitator. Designing and delivering corporate workshops on change, collaboration, and public speaking. Throughout Canada, the United States and the Middle East.

His favourite venues however are live theatres and clubs. He has worked many of them across North America, as a featured performer with such stars as Gladys Knight, The Temptations, Fats Domino, The Shirelles, Air Supply, Midnight Oil, and the late Marvin Gaye. In the summer of 2015, Evan performed in front of 44,000 people at the Opening Ceremonies of the Pan Am Games.