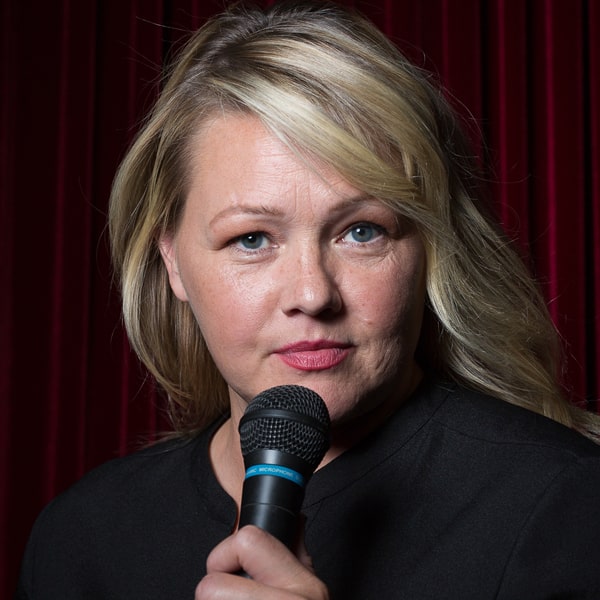 Vancouver-based Erica Sigurdson has been delighting audiences across Canada and beyond for close to two decades. Having been described as a ‘sugar-coated razor blade’ she is equal parts charming and sardonic with her take on the world around her. She has been featured over 50 times on the hit show The Debaters on CBC Radio, performed at every major comedy festival in Canada as well as performed in Singapore, The Philippines, Thailand, Afghanistan, and Iceland. She is also an advocate for Type 1 diabetes awareness, having lived with Type 1 since the age of 10.